The Nigerian Senate has called off its planned emergency session it had planned to hold tomorrow January 29th, to consider the suspension of the Chief Justice of Nigeria(CJN) Justice Walter Onnoghen.

There have been rumors that the emergency session may degenerate into a fight as the APC and PDP senators were allegedly poised for a showdown.

The Clerk to the Senate, Nelson Ayewor in a statement entitled “Cancellation of Senate resumption in plenary” informed “all Distinguished senators of the National Assembly of the Federal Republic of Nigeria that the resumption in plenary scheduled for tomorrow, Tuesday 29th January, 2019 has been cancelled.”

The statement said that the scheduled date of resumption in plenary earlier fixed for Tuesday, 19th February, 2019 remains.

Following the filing of the case, the matter of the suspension of the CJN which is the main issue for which the Senate had planned to reconvene tomorrow, has become subjudiced.

Therefore, in line with the standing rules of the Senate not to debate issues that are already pending before the court, the reconvening of the Senate tomorrow has been put off. The previous adjournment of the Senate till February 19, 2019 stays. 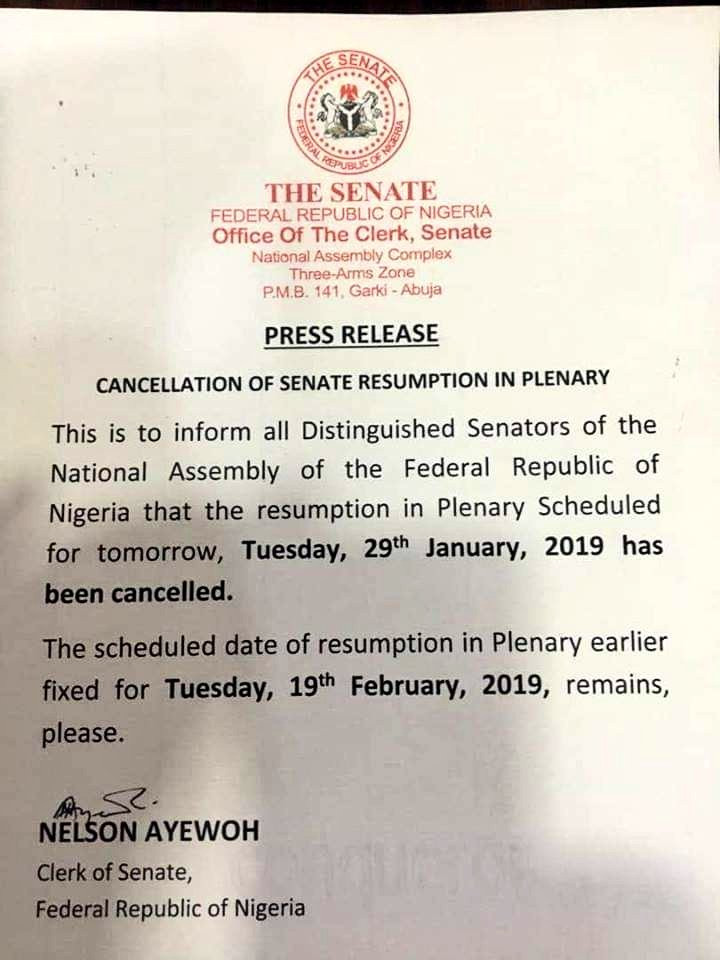